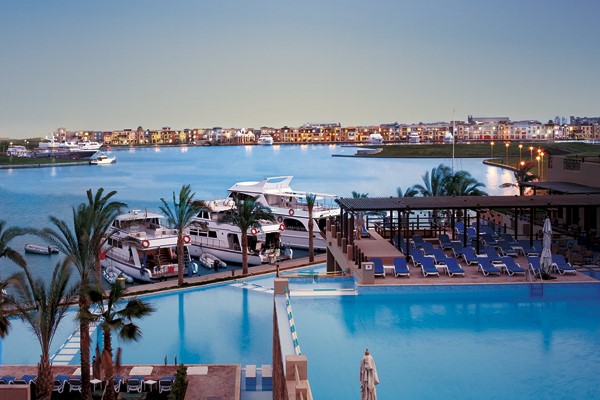 The resort will offer a variety of residential units, including villas, townhouses and flats, to suit the needs of its wide client base, said a statement.

In addition to Wadi Ghalib, Al Kharafi is showcasing its other current and pipeline projects in Port Ghalib City located in Marsa Alam and overlooking the Red Sea, it said.

Hussam Al Kharafi, chief executive officer, MAK Holding for investment, an affiliate of Al-Kharafi, said: "Al Kharafi Group has been operating in Egypt for more than 50 years, investing in various sectors including real estate, industry, food processing, utilities and services, IT and education.

"Port Ghalib is yet another step in Al Kharafi's investment plan for Egypt, and is projected to be an integrated, unique destination, introducing a new, creative concept to the local real estate sector. With the significant investments pumped into Port Ghalib, we are developing a project that will offer a new lifestyle experience, along with luxurious entertainment and leisure services."

"The Egyptian market is one of the most promising markets in the region, with unmatched diversity and untapped potential. As such, we're keen to showcase our ambitious plans, and demonstrate our commitment to expanding our operations in Egypt through further investments and job opportunity creation," he added.

Located along the shore of the Red Sea, Phase One of Port Ghalib spans 8 million sq m. Port Ghalib currently houses six operational hotels, with a total of 1,500 rooms, in addition to an international marina that accommodates more than 1,000 yachts.

Its marina has been developed according to the latest international standards and was named by the local Maritime Transport Authority as the Best International Touristic Marina in Egypt in 2015, for the ninth year in a row.

Furthermore, the marina has been licensed by the Egyptian government to provide visa services, customs clearance and sailing permits.

Port Ghalib offers a wide range of commercial and entertainment services for residents and guests, in addition to a conference center that accommodates 2,000 individuals.

The total number of residential units in Port Ghalib has been planned to be 8,200 units.

In addition to the unmatched offerings for visitors, Port Ghalib will develop a wind farm to generate electricity in addition to a solar power plant.

Both projects will be developed according to state-of-the-art international standards. These power generating projects will be constructed on an area of 2.5 million sq m to provide clean, sustainable and self-sufficient energy for the entire city. - TradeArabia News Service 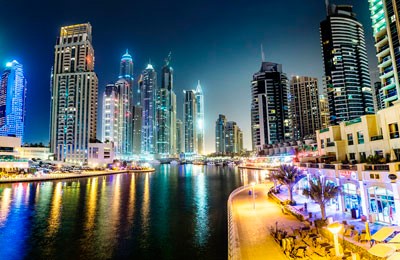 Dubai is 'most expensive city' in Middle East

Dubai is one of only four cities in the world where the rent for an average unfurnished three-room apartment is more than $3,000 a month, according to a recent study.

It has been published roughly every three years since 1971, and compiles over 68,000 data points reflecting economic events that have shaped the world since the last edition in 2012.

The most expensive were Zurich , Geneva and New York City, according to the prices for a standardised basket of 122 goods and services.

Meanwhile, in Nairobi, Jakarta and Kiev, the lowest-ranked cities, workers received only around five per cent of average gross earnings in Zurich.

How many hours' earnings buy a Big Mac or an iPhone?

The wage value has been best described by comparing domestic purchasing power for goods that are as homogenous as possible worldwide.

The salaries go farthest in Luxembourg, Zurich and Geneva, where the net hourly wage buys the most goods and services from the standardised basket. Nairobi and Jakarta have the lowest purchasing power, affording just one-tenth as much as workers in Luxembourg. In Cairo, an iPhone 6 costs 353 hours' average earnings, longer than any other Middle Eastern city in the study.

The shortest working hours were found to be in Paris, while Manama had the most paid vacation, with an average of 34 days a year. - TradeArabia News Service 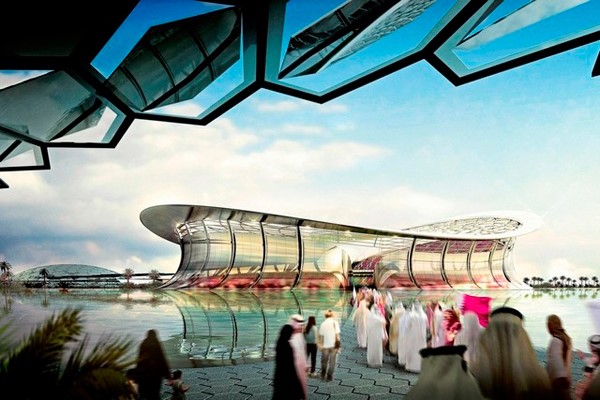 Site works on the proposed host venue for the first and final matches of Qatar's World Cup 2022 have started, according to a report.

The final designs from British architecture firm Foster + Partners are on track for completion, while the main contract is yet to be awarded.

The firm is working alongside the London-based stadium specialist Populous and engineering consultancy Arup, it added. 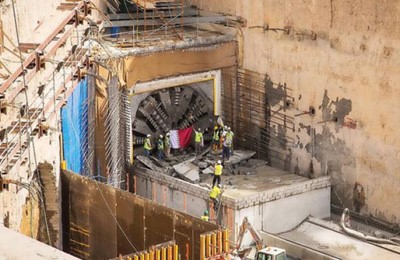 About 50 per cent of the 113-km-long tunnelling work for Doha Metro in Qatar has been completed with the help of 21 tunnel boring machines (TBM), a report said.

Doha Metro project is advancing according to schedule with QR60 billion ($16.47 billion) worth of contracts awarded to nine joint ventures, the The Peninsular Qatar report quoted Abdulla Abdulaziz Al Subaie, managing director of Qatar Rail, the developer of the project, as saying.

In executing the tunnelling works, the official said, the company has achieved a huge milestone by breaking the world record for the largest number of tunnel boring machines operating at the same time in one city.

"Qatar Rail is proud to have been entrusted with this unprecedented development of building a world-class, efficient public transportation system that includes three interconnected projects - the Doha Metro, the Lusail Light Rail Transit project and the Long Distance rail project," Al Subaie said, as he spoke at the three-day annual Qatar Transport Forum.

The Doha Metro system construction works are phased over two stages, the first of which will see the construction of three out of the four lines (Red, Gold, and Green) and 37 stations. The three lines are expected to open by late 2019, he added.

Construction work on the Lusail Light Rail Transit is also well under way. When completed, the project will enhance the capacity and efficiency of transport within Lusail.

Qatar is also proceeding with the development of the long distance passenger and freight rail network that will link into the GCC rail system, he said.

About $44 billion worth of transport projects currently under construction and $35 billion in projects are due to be awarded in Qatar over the next three years, Al Subaie said in the report. - - TradeArabia News Service 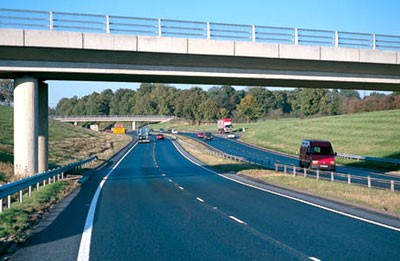 Qatar will embark on an ambitious plan to build 8,500 km of highways, 200 new bridges and 30 new tunnels over the next five years, said a report, citing the country's transport minister.

He was addressing the gathering at the fourth annual Qatar Transport Conference which was opened by the Prime Minister and Interior Minister Sheikh Abdullah bin Nasser bin Khalifa Al Thani.

Al Sulaiti said these projects were in addition to the existing and recently completed transport facilities including the Hamad International Airport, the largest new airport in the Middle East, and the Hamad Port, a new centre for maritime transport which begins pilot operation by the year-end.

Besides the expressway that will link Doha to all the major cities and energy and industry centres, the minister said, there are preparations to start working on a long-haul train for passengers and goods that will link Qatar to the GCC rail network. 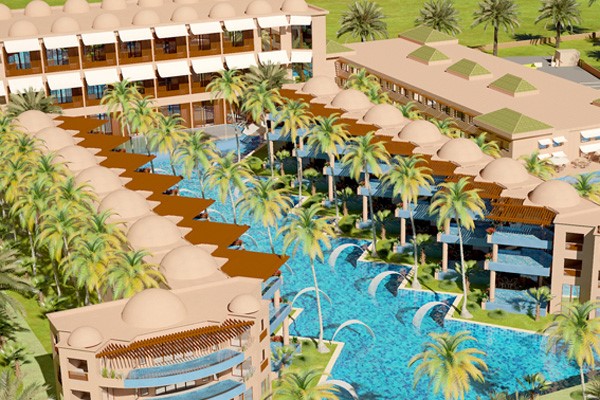 Earlier this year, the $60 million mixed-use development was named 'Best Private Medical Project in Morocco and Africa' at the 2015 Medical Expo in Casablanca. MHC was commended for its role in the emergence of state-of-the-art 'Healthcare Cities' and for boosting medical tourism in Morocco.

Covering around 21,000-sq-m and located a few minutes away from the national airport and the Central Business District of Marrakesh, Morocco's third largest city, MHC has helped attract healthcare operators and suppliers from around the world. Its popularity has also paved the way for Tasweek to receive invitations to invest in two 'smart' healthcare tourism projects in Morocco.

The Moroccan market is currently ripe for investments amidst ongoing local currency fluctuations and new healthcare opportunities being opened up by new technological advancements. The country's promising healthcare tourism sector will require robust infrastructure, sound fundamentals and solid medical expertise and resources, all of which can be provided by projects such as MHC.

Masood Al Awar, CEO, Tasweek Real Estate Marketing and Development, said: "Healthcare and tourism are important to the growth and progress of any service sector economy. Especially given how medical tourism now represents a worldwide, multibillion-dollar phenomenon that is expected to grow considerably in the next decade. At Tasweek we believe that the real estate industry should further broaden its contributions to the growth of these two sectors for the benefit of present and future generations. Marrakesh Healthcare City will continue to be a reflection of our dedication to supporting higher and healthier standards of living. We look forward to leveraging other growth opportunities in Morocco's promising property market." - TradeArabia News Service 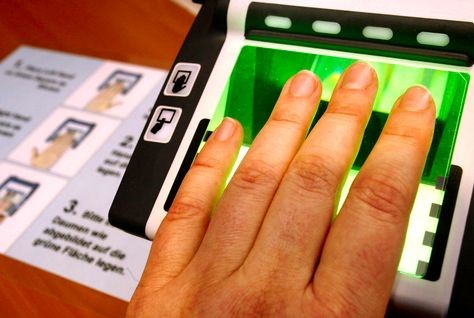 Kuwait to fingerprint expats at airport

All expats will have their fingerprints taken before flying out of the country, a source has told the Kuwait Times newspaper.

The new policy by the Interior Ministry will only include foreign workers and will not include Kuwaiti citizens, diplomats or judges, the report said.

The move is one of around 30 new procedures issued to employees at Kuwait International Airport.

The source told the newspaper staff were also instructed to make sure there are no travel bans issued on a passport before stamping the passport or the boarding pass. 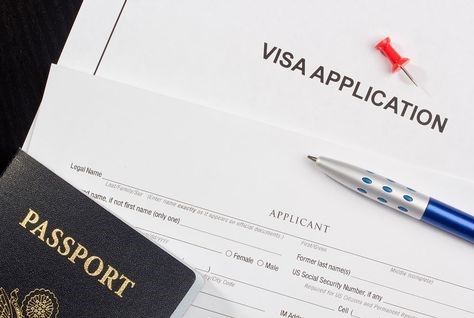 Kuwait Interior Ministry has approved a proposal to increase expat fees for visas in the country.

Sheikh Mazen told Kuwait Times that the proposed increases have been sent to the legal department before they come into force. He said they are in line with plans to review expat fees in other government departments, like the health ministry. 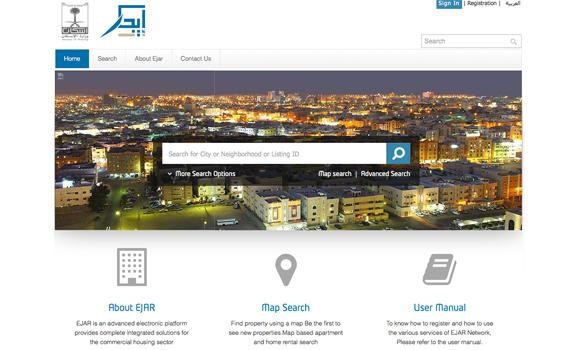 JEDDAH: It has been three years since the launch of the electronic portal "Ejar," but citizens and residents continue to face the problems of skyrocketing rents for houses.

The Ministry of Housing has also failed to provide housing units to thousands of citizens in all regions of the country, a local newspaper reported on Saturday.

Ejar was launched with much enthusiasm on June 27, 2012. The ministry had claimed it would find comprehensive solutions to problems pertaining to the housing sector, control manipulation in prices and establish a just and fair relationship between tenants and landlords. It had also promised that there would be a balance between demand and supply.

The move then looked like a savior for millions of citizens whose budgets were strained in the absence of a regulation to protect the tenants from price manipulation.

However, the Ejar system remained literally inactive, although the ministry had said that it would be gradually implemented in three phases before its final application on the real estate sector.

"Real estate offices were supposed to display the housing units available on rent, along with their locations electronically. However, many of these offices are found to be indulging in unfair practices," the newspaper said.

Meanwhie, the ministry has so far distributed only 2,000 residential units in Jazan, Qasim and Madinah, but there are many incomplete housing projects. Some of these projects were launched four years ago, the newspaper said. 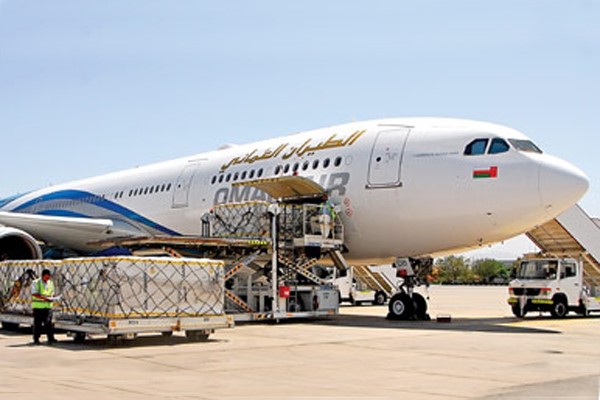 As of September 3, Swissport took over full cargo handling services for Oman Air at London Heathrow followed by a phased transition of the other three stations, with completion by November 1.

Through the one-stop approach, both parties will benefit from increased standardisation in process flows with a common service level agreement and KPI measurements.

Oman Air's chief officer Service Delivery, Andrew Walsh, said: "In support of our world class service, Oman Air heavily relies on the punctuality and reliability of the quality standards of its Ground and Cargo handlers. After a careful review we are confident that Swissport will be the right partner in supporting us towards our journey to become the best." - TradeArabia News Service